Why There is No DRM on My Books

As an author I like to make money. I do not like to make money for the sake of making money, but because making money allows me to address other needs in my life that ultimately allow me to then come back and write more. The money is the lubrication by which my life flows more smoothly such that writing can be a natural fruit.

Troublingly, however, we live in an age where the fruit seems to be constantly taken–especially when it comes to writing. The digital age has had the consequence of making what were normal boundary issues in ownership of a thing nebulous. Whereas knowledge was before bound in a physical book, now it is bound in zeros and ones. Whereas before there was a shelf life of a work that when enough people became aware of said work and enough time had elapsed that sooner or later it became common knowledge and in the public domain, now we cannot take anything for granted and must very carefully try to understand when a thing that is in the public domain may not be still in the public domain.

Not surprisingly, the first action taken when the future is unknown by creators is to “lock the fruit down” so only people with keys may access the fruit. Really, I am not so sure this is what creators tend to do, so much as it is what people who make money from creators do. DRM seems to be an issue for movie studios, for instance, more than for budding authors.

This is all well and good, except that built-in to this attempt to control who and what can read or see a work is the channel lock-in of the device reading it. What works on a Amazon Kindle may not work on a Barnes and Noble reader. Worse even that that, you might be locked out of a work you actually purchased due to DRM confusion within its own code.

All of this is to say simply that DRM sucks. What’s an author to do?

Imagine a world in which money is not a factor. What would you do? I think you will find that more than likely, in such a world you will find a group of people with whom you will form some type of survival bond. Each of you will bring a talent to the group. You will do the talent for the group so that the group functions. This, we recognize as a very loose definition of tribalism. Do you worry about someone stealing your work in such a group? Probably not, since each of you knows what the skill set of the person in question is. If something goes missing that ties directly to that person’s skill set, it will not make any sense or give an advantage to the thief. Take the best hunter’s bow, and you are going to get a little hungrier for the act. The right tool goes to the right person for the right job, and collectively the group thrives because of this.

The easy, somewhat deceptively simple answer is this: because it is an abstraction. People have plenty of money who have done nothing whatsoever to benefit the existence of a group. In fact,many have plenty of money on the grounds of stealing or exploiting a group in such a way in many cases that it led to the group in question becoming extinct. Money has allowed us to remove the moral dimension and look instead to see who has a pile of cash instead. Hence, whe morality and the “right way to live” is not rewarded financially, no one values those values in the sense of cash-flow. Rather, this is an abstract system of “honor” in the outlined scenario that happens to be coincident or not with having a pile of cash.

All of the funds of any of my bought books go to my church or synagogue. For those of you who get hung up on whether I can it a church or a synagogue, wonder for a moment why it makes you any difference? To that end, I have also elected to use zero digital rights management and offer an epub and a pdf as deliverables. Personally, I prefer the epub format because it is truly an “open format” whereas pdf is the format that is used because Adobe standardized it into being, but I realize that sometimes pdf simply renders better on some devices than an epub and vice-versa. My rationalization is simple: If you buy something like a book, you should be able to put it any damn place you want on any device you want. You should not have to buy the same book twenty times for twenty devices. One standard should run on all platforms and if that platform does not support that platform, you should burn it or run over it with a van. Anything else less than this is basically extortion that you are learning to put up with in your life.

Yep, pirates exist. Some steal because they can, some because they have no other choice. In either case, if you are stealing a meditation book, you are probably going to find more than you bargained for in the act of thieving. But even if it were not the case this were so–assume I had published a programming book instead–I would still make the same decision. Anytime you learn something, you will be expected at some point to give back or contribute to whatever it is you learned. If you could afford my book, and you chose to steal it, then you are ultimately depriving me of my ability to support myself to write more books. Perhaps one of those books I would have written might have changed the world. Since you did not support that value, you now get the job of trying to write said book or serving the purpose it would have served in some manner. In the meantime, it is not unlikely that you will discover that your own means of supporting yourself evaporates. Karma. She is a force.

You get the book for five bucks that took me around 7 years and many thousands of hours of study and experience without any digital rights management on it so you can purchase one copy and read it on whatever device on which you wish to read. This is the way the world should work and the way in which it will work if it is to work at all for creators and readers in the future. If you get this book in a pirated form, then consider donating to it so that more books can be written. Creating more complicated locks and devices will not solve the issues authors face. Rather, when writing and information is valued and attribution and respect and acknowledgement is given where it belongs, the value will naturally flow because humanity is made to strive for something higher than its base needs. But should you think it is not, do not be surprised to find yourself walking the plank, matey.1 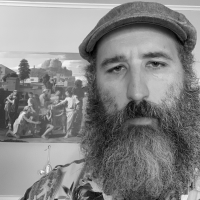